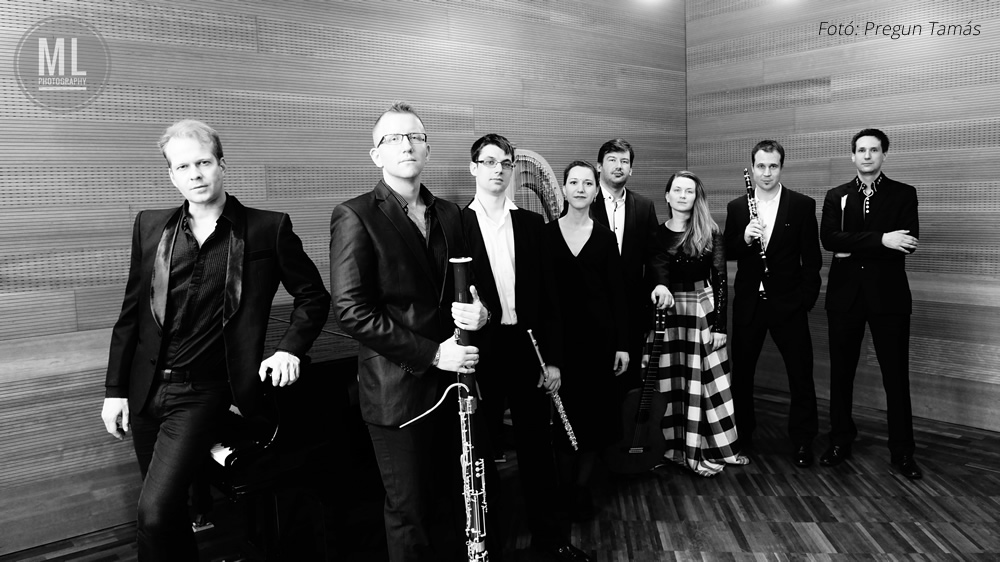 “If only the artist of the future would mark out the goal within himself, and not without, and virtuosity would be the means alone and not the ultimate aim. If only he always kept in mind that although according to the saying, noblesse oblige, but at least as much, and rather far more, than nobility: GÉNIE OBLIGE (Genius obliges)!” Thus wrote Ferenc Liszt about Paganini in 1840, and he himself was an example to posterity of what talent demands of an artist: above all else, the sharing of talent with the world.

Members of Musiciens Libres, as the name suggests, are trustees of musical freedom. They believe that there are no barriers between styles: that classic, contemporary, jazz and folk music all represent lasting values. They are the cream of their generation; they number a jazz singer, folk cimbalom player and several classical musicians.