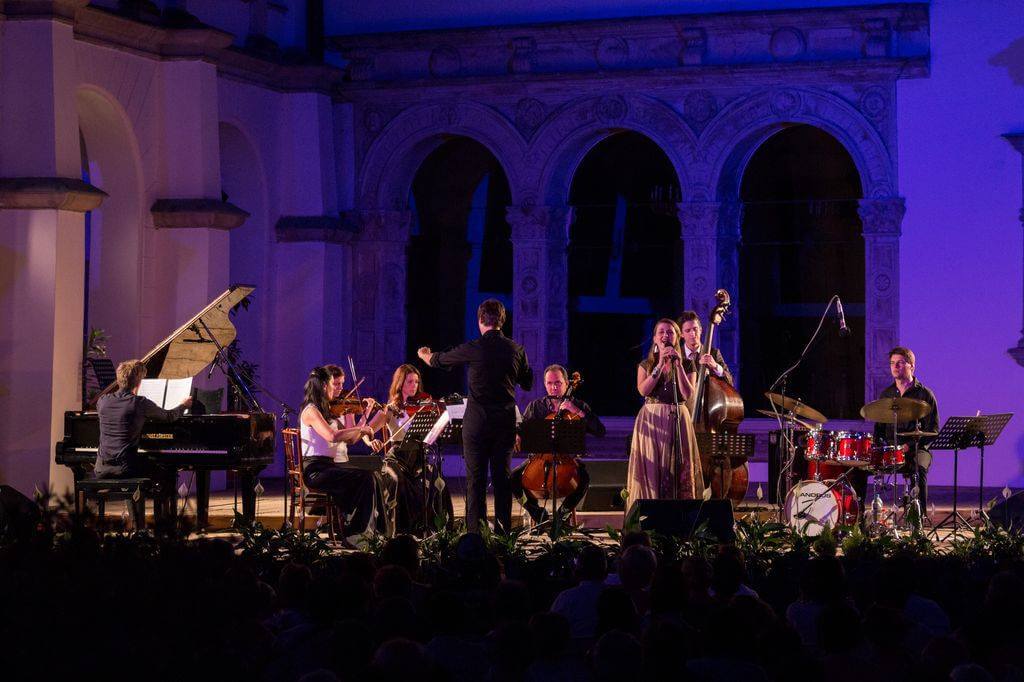 In 2016 Júlia started to tour with her Gershwin Project. It presents the most famous pieces of George Gershwin, as well as less known songs, featuring a String Quartet. The concert evokes the real Broadway atmosphere with a modern twist. For Júlia Karosi Gershwin represents a bridge between classical and jazz, and at the same time it is an excellent springboard for experimentation. The concert features the Júlia Karosi Quartet and the RTQ string quartet, for which Márton Fenyvesi has prepared the scoring of classical jazz numbers.

In 2018 Júlia Karosi released an album, in memory of George Gershwin, recorded Live at The Franz Liszt Academy, Budapest.

In 2019 the Songbook’s repertoire has widened with the masterpieces of another great composer, Cole Porter. The classical arrengements was written by Illés Szabó.

In 2022 another wonderful Broadway composer has been added to the repertoire: Stephen Sondheim, and his very special music, that captures the audience immediately.