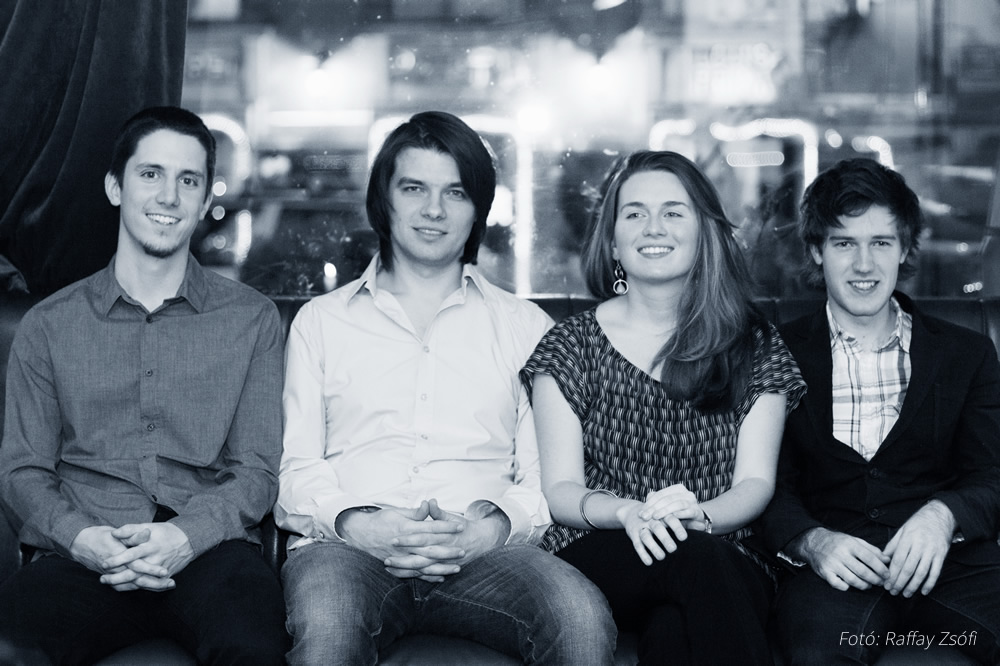 Júlia established her own Quartet in 2010. Their repertoire consists mostly of original compositions. Their sound is a mixture of classical music and modern jazz, their sounding is sensible, delicate, looking for a clear-out sonority. Júlia has performed in various jazz clubs and well-known jazz venues, touring in Europe and performing frequently in the New York jazz scene.

Hidden Roots was her second album as a leader and the follow-up to the successful Stroller of the City Streets (released in February, 2012 by Whereabouts Records, Japan). Hidden Roots (released in March, 2014 by Dot Time Records, New York) contains a number of Júlia’s new compositions and as the name eludes to, arrangements of Hungarian folk songs. The compositions are beautifully and intelligently written, performed with great inspiration, crossing all boundaries of jazz.

On her forthcoming new full-length album Without Dimensions, Karosi and guitarist Ben Monder reexamine and reimagine the works of Béla Bartók and Zoltán Kodály in a contemporary jazz setting. Half original music, half arrangements of Bartók/Kodály compositions, Without Dimensions is also an extraordinary exploration of Hungarian heritage. It will be available via Double Moon/Challenge Records in October, 2020.